Last month we had our IFSP (Individual Family Service Plan) review where our therapists from early intervention evaluated Gigi and together we came up with new goals to work on for the next year. So I figured maybe I’ll write a blog post on how Gigi is doing. A lot of people ask me that lately.

So how is Gigi doing? What is she doing? She’s doing really well, actually. The therapists evaluated her by observation for about an hour then they totaled up her scores. There were 5 areas: adaptive, personal-social, communication, motor, cognitive. A score between 85 – 115 is average for a typical child (without Down syndrome.) A score of 77 or below qualifies any child for early intervention services. Since Gigi has a genetic disorder she automatically qualifies for early intervention services no matter what her scores are. I’m going to just report her scores right here:  adaptive (76), personal-social (85), communication (78), motor (79), cognitive (103). I was thrilled with these numbers, especially the cognitive and hope she keeps the momentum.

Knowing that she has turned 1, the biggest question I get is if Gigi is walking yet. Gigi is mobile, but not in a way I’ve ever seen before. She doesn’t walk or even crawl. At 15 months this is not surprising as many children with Down syndrome don’t walk until between the ages of 2 and 3. Gigi doesn’t even want to bear any weight on her legs, which can be frustrating and sometimes worrisome to me, but no one else seems too concerned. She gets around by scooting on her butt.

So where does she rank in gross motor? Terribly, but that’s ok because she excels in other areas. Her fine motor skills, according to therapists, are better than some typical children her age. For example, she’s very good at self-feeding finger foods (Gigi really likes food, especially dry finger foods like cheerios, toast, and banana bread). She’s quick and precise at picking up little things, which is scary when there are two older kids in the house that are dropping little pieces from their toy sets here and there.

I haven’t found a toy in her mouth yet but I often turn my back for a minute and hear her gagging on a dust ball attached to hair. Disgusting, but for some reason she finds them tasty. And back to food, because she loves food so much I’ve learned that I can motivate Gigi to work on kneeling and standing at her

activity cube by placing cheerios on top of it. Finally she’ll practice her gross motor skills!

What do we do these days? We’re busy with therapy. We have physical therapy (PT) weekly, speech therapy (ST) weekly, early intervention playgroup weekly, a developmental specialist every two weeks, and occupational therapy (OT) every two weeks. All of this occurs over 4  different weekdays. At least once a week we are visiting a doctors office or hospital for a checkup or specialist appointment. Once a month Gigi has also been getting her Synagis shot to prevent RSV (a form of the common cold) which can often put babies her age in the hospital. That should be ending soon though now that we’re near the end of cold and flu season. I’m glad I’m not working right now because it allows me to be present for her therapy appointments.

Other things Gigi has been doing is signing to us, not consistently but she has signs and is beginning to use them. Her favorite things to do these days is sort through laundry, play with anything that has a loop or string so she can dangle it from her hand, play peek-a-boo, and read books. Gigi is especially happy when her sisters are home. She’s growing up way too fast! 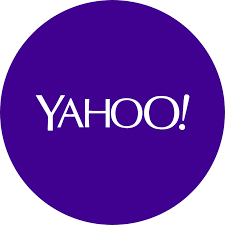